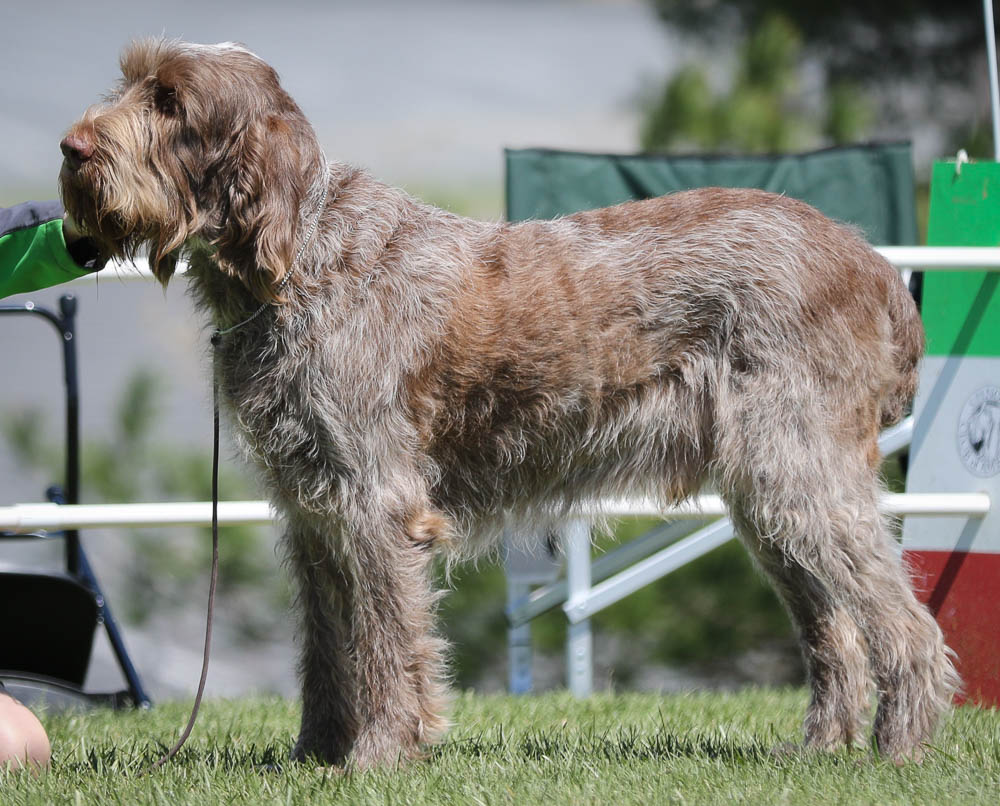 Vito finished his championship at under 9 months with some memorable wins: BOW and Best Puppy in Show at the Michigan Sporting Dog Association, Best Op Sex in Sweeps, RWD & Best Puppy at SCOA Regional Specialty and BOW the same weekend at the supported all breed shows. Vito then went and earned his NAVDA NA Prize 2. Later, he won Best in Sweeps at the SCOA National in 2017. By 19 months, Vito had earned his Grand Championship and won a group 1 as well as a group 2. He was ranked number 7 in Breed & All Breed Standings in the Canine Chronicle, finishing the year at number 11. In 2018 Vito was awarded an AOM, at Westminster, at just over 2 years of age and won BOB at the SCOA Parent Specialty, and ranked number 1 Spinone in Breed and All breed standing in the Canine Chronicle. 2019 brought and invitation to Westminster , since he finished the year in the top 5 and AOM at the SCOA National.

Vito in the field